Our Lady of Victories

Built in Paris by Louis XIII, the Shrine of Our Lady of Victories is one of the most famous Marian places in the world, well known for the many graces bestowed by the Virgin Mary on all pilgrims who come to visit her. 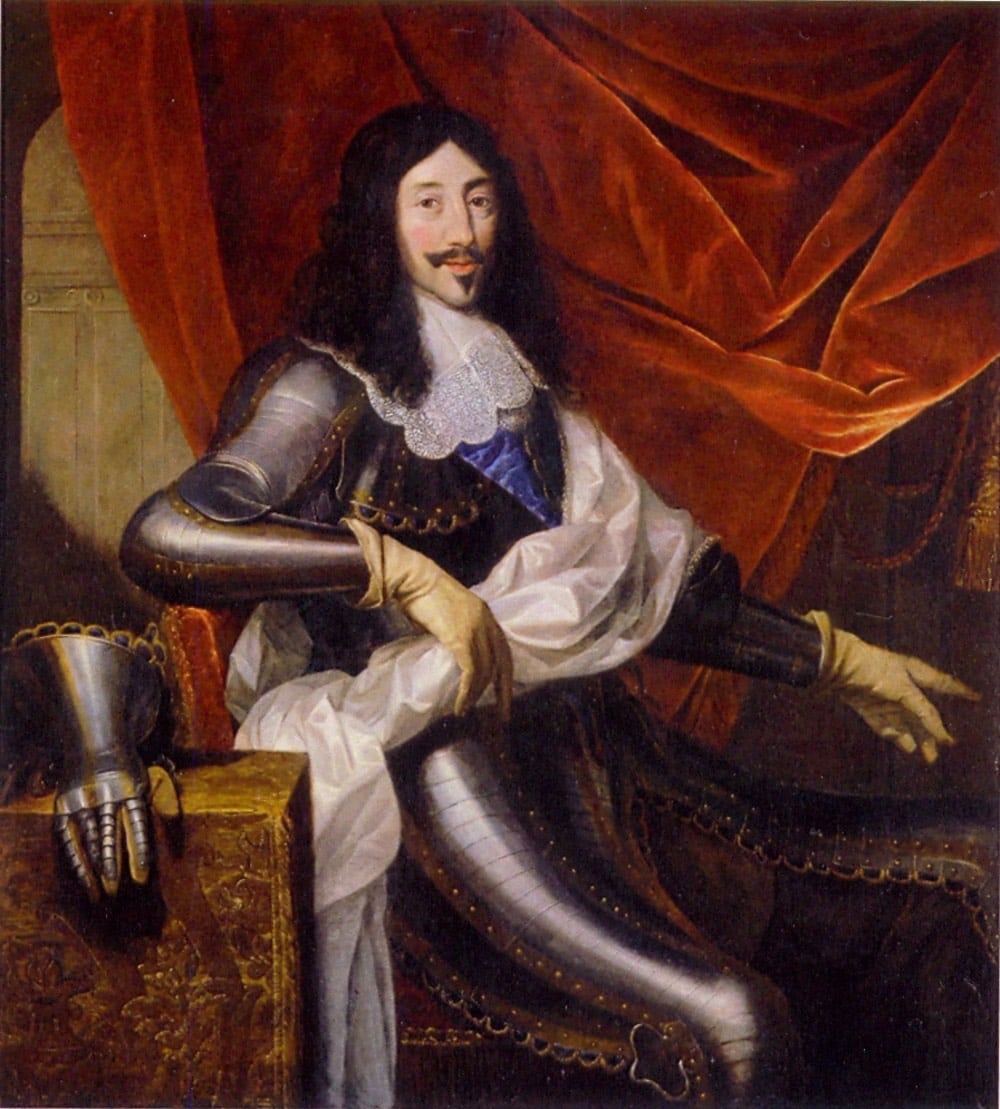 Louis XIII founded Notre-Dame des Victoires in 1629. The king responded to the appeal of the Discalced Augustinians, known as the « Little Fathers », who asked him for the money to build a new convent on the three hectares they had acquired between the Montmartre Gate and the Saint-Honoré Gate, close to a land dedicated to the game of paume, the Mail.

The king expressed the wish to have the church dedicated and consecrated in honor of the Blessed Virgin, under the title of Our Lady of Victories, in recognition of all the victories he had won by her protection both over the rebellious heretics, and over the other enemies of his kingdom, and, above all, in remembrance of the capture of La Rochelle over the revolting Protestants. On Sunday, December 9, the king solemnly laid the foundation stone in the presence of the lords of the court and the city’s magistrates.

For the laying of the foundation stone by Louis XIII, a frame chapel was built and majestically decorated. Several tents and rich tapestries decorated the place of the ceremony.

November 1637:
The revelation of Brother Fiacre

Brother Fiacre, one of the Augustinian monks, sees the Virgin Mary appear to him. She presented him with « the child that God wanted to give to France », the future Louis XIV, the much hoped-for heir to the kingdom.

On four occasions, between 1:00 and 4:00 a.m., the religious will have before his eyes the Mother of Christ accompanied by the royal child, then by Jesus Christ. It was the cry of a toddler that caught the monk’s attention:

« He turned his head to the side of the voice, reports the manuscript of the archives of the convent (preserved in the National Library, countersigned by the vicar general and the prior of the time), and saw the Sacred Virgin surrounded by a beautiful and pleasant light, having a child in her arms, dressed in a blue dress strewn with stars, her hair hanging on her shoulders, three crowns on her head, sitting on a chair and saying to him: « My child, do not be afraid, I am the Mother of God » . At this, he threw himself to the ground to adore the child she was holding in her arms, thinking that it was Jesus Christ, but the sacred Virgin said to him: « My child, it is not my Son, it is the child that God wants to give to France. This first vision lasted him a good fifteen minutes… ». 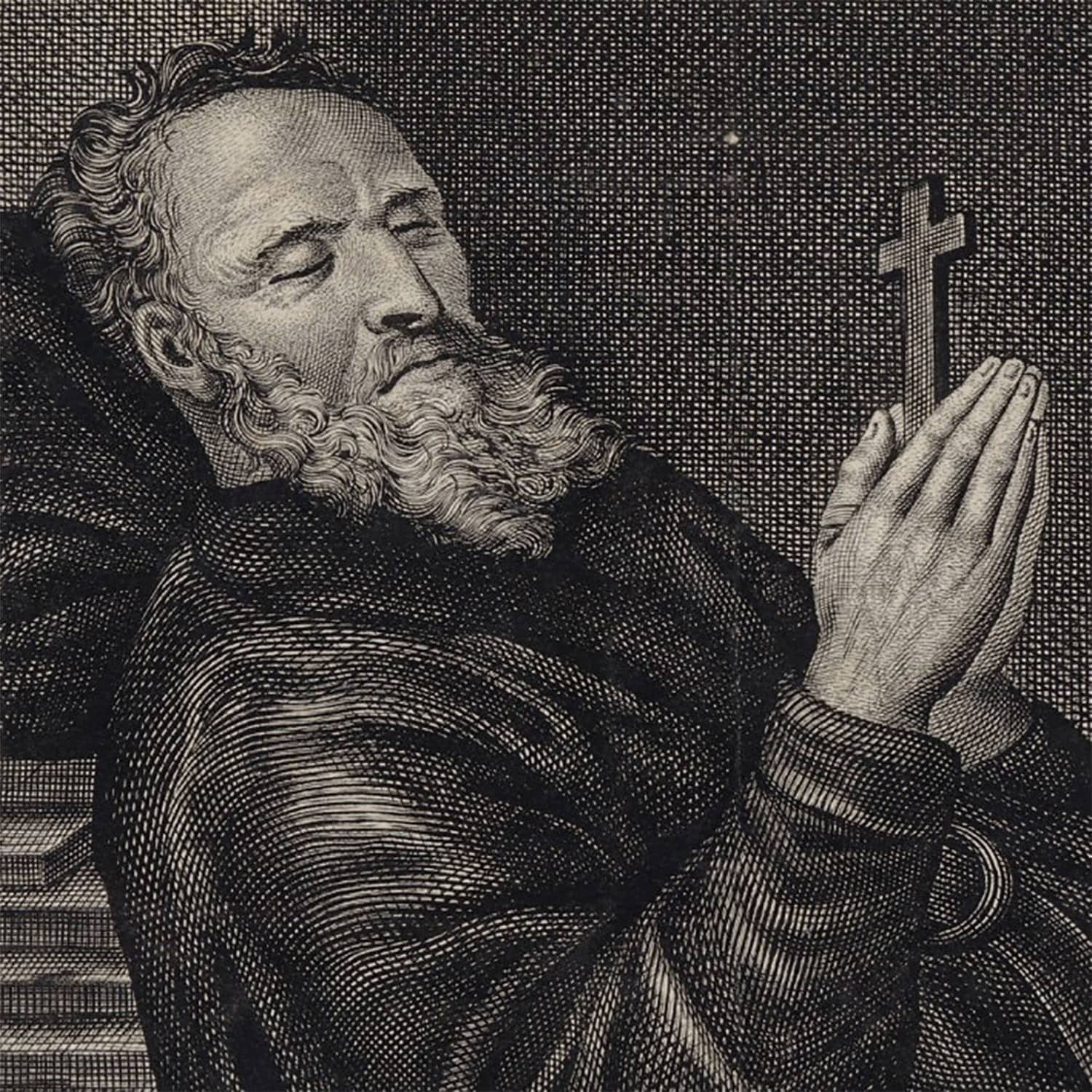 Our Lady
of Graces of Cotignac

In this revelation, which was, not without difficulty, brought to the attention of the queen and the king, the Virgin asked for three novenas, to Our Lady of Graces (in Cotignac, in Provence), Our Lady of Paris and Our Lady of Victories. Brother Fiacre fulfilled them from the 8th of November to the 5th of December 1637.

On the 5th of September 1638, Anne of Austria gave birth to a son – Louis, Dieudonné – at the castle of Saint-Germain en Laye. The Gazette de France could then write, the fact not having escaped the Court:
« A year ago, a religious man warned the queen that she was to give birth to a son. »

All his life, Brother Fiacre would put the graces of his prayer at the service of the royal family, but also of the poor who asked for his intercession and of peace, which was his constant preoccupation.

To the Arms
of France

After Brother Fiacre’s revelation, and while the Queen’s pregnancy had been declared for several weeks, Louis XIII made the vow to consecrate France to the Virgin Mary. On the 6th of January 1638, the text of the Royal Vow was adopted, then signed on the 10th of February by the sovereign, with the letters patent fixing the public consecration on the 15th of August of the same year, at Notre-Dame de Paris.

Three centuries later ( on the 15th of August 1938), one of the heads of the House of Bourbon, Prince Xavier, renewed the gesture of his illustrious ancestor by consecrating our country to Our Lady of Victories, in a text solemnly deposited at the foot of the Mother of God. The scroll with the arms of France reflected, at the time, an obvious political protest. It is nevertheless one of those acts of faith that illustrate the Marian devotion of the Bourbon princes. 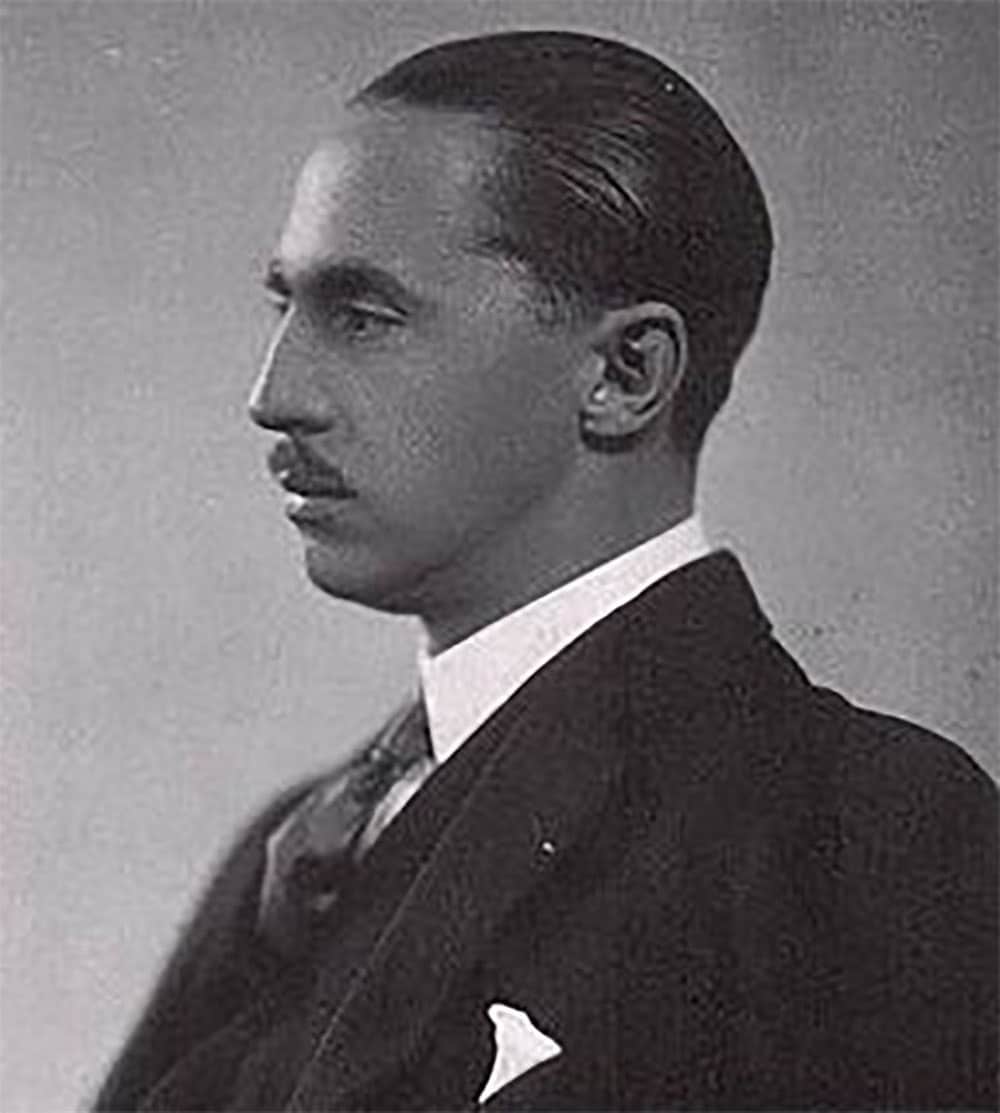 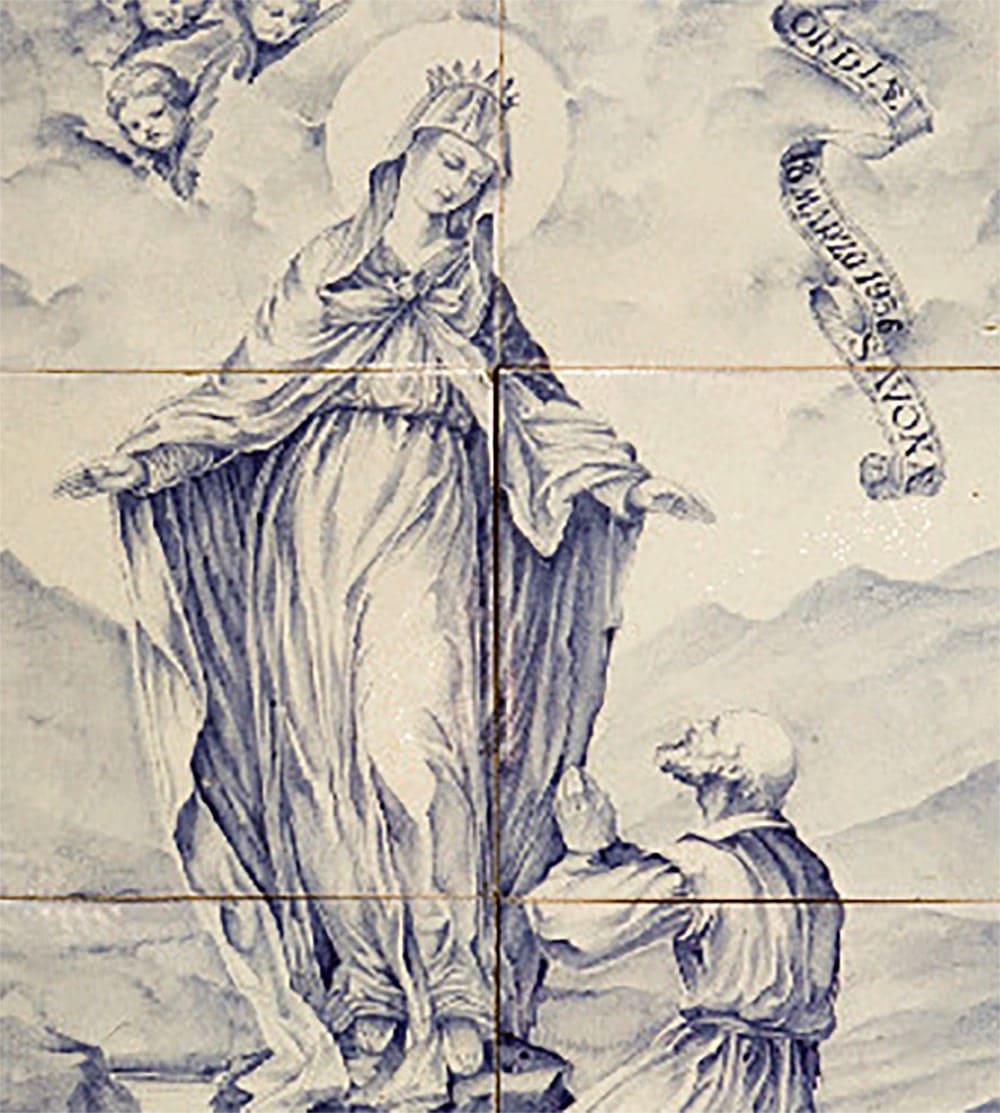 April 1674: the veneration
of Our Lady of Savona

Returning from a royal mission in Italy, where he discovered Our Lady of Savona, Brother Fiacre erected a chapel for her at Notre-Dame des Victoires. Louis XIV financed its construction. It was solemnly blessed on April 2, 1674. Prostrated in front of the venerated image, sculpted in Genoa, the religious asked the Virgin to be the refuge of sinners in this church, and granted France the same protection as the inhabitants of Italy (the devotion to Our Lady of Savona was born from the apparition of the Mother of God to Antoine Botta, in the valley of San Bernardo, near Savona, on the 18th of March 1536; The Virgin appeared three times to Botta and urged the people to penance and fasting.)

The statue (dressed in a white mantle, the Virgin wears a golden crown) disappeared during the revolution with the convent’s treasures, after the religious were expelled and the church closed. It was only on the 9th of November 1809 that the church regained its name of Our Lady of Victories after seven years of negotiations with the French Stock Exchange, which had been installed in the church since 1796, by decision of the French Directoire.

December 1836:
The Immaculate Heart of Mary

After four years of apostolate, and while despairing of his parish, ready to give up his ministry, the parish priest, Charles-Éléonore Dufriche Desgenettes, ascending to the altar, heard the following order, twice: « Consecrate your parish to the Most Holy and Immaculate Heart of Mary. » In an act of faith, the abbot handed over to the Virgin the pastoral success of his parish and created in a few days an association of prayers in honor of the Immaculate Heart of the Blessed Virgin to obtain through the protection of Mary the conversion of sinners. On the 10th of December 1836, the archbishop of Paris, Mgr de Quélen, approved the statutes. (Portrait of Father Desgenettes)

The next day, on Sunday, the 11th of December, chosen for the first meeting of the association, the parish priest of Notre-Dame des Victoires witnessed the multiplication of the faithful: nearly 500 people were waiting for him at the hour of Vespers, with a deep fervor, when the morning high mass had only gathered about ten parishioners. 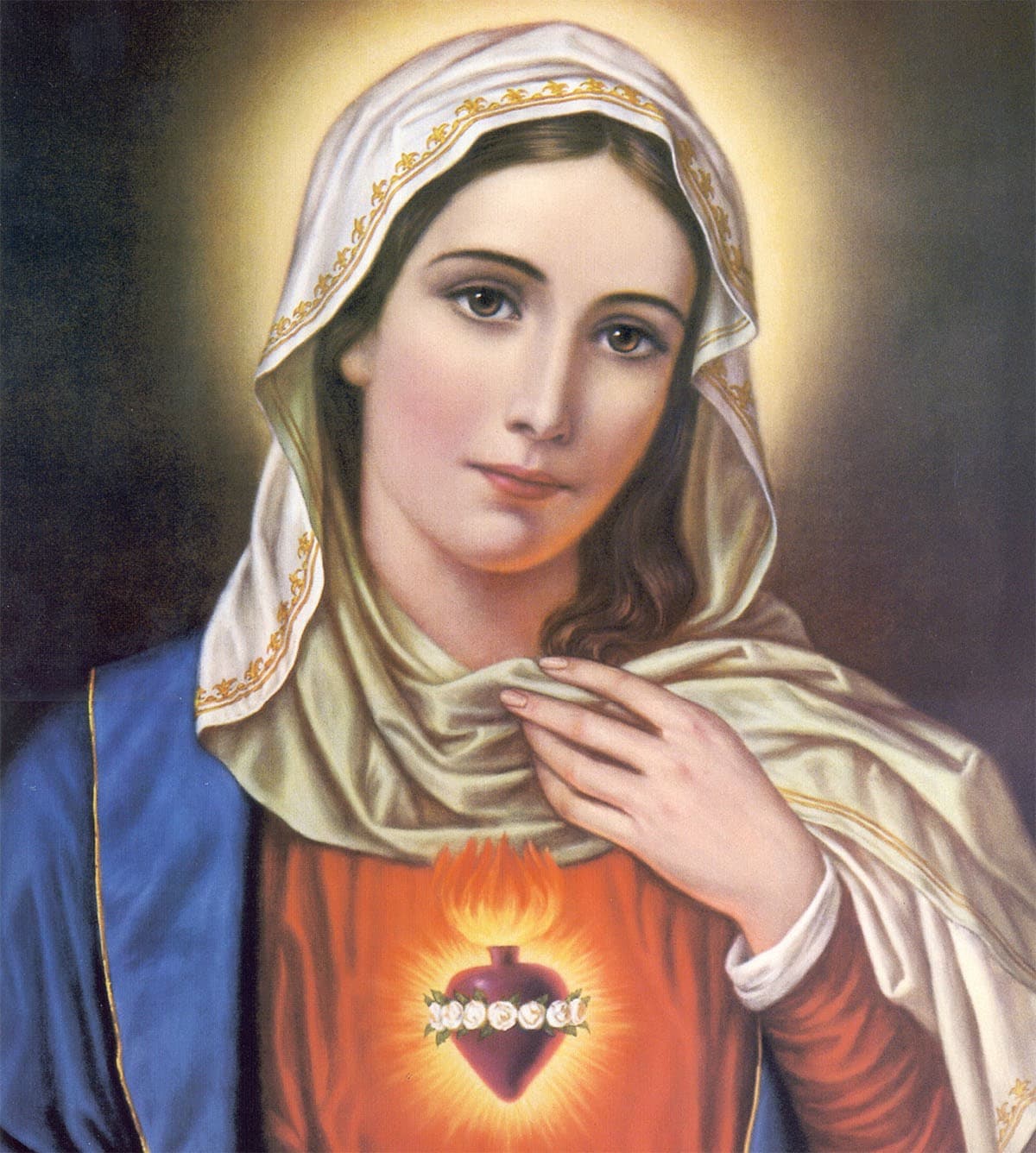 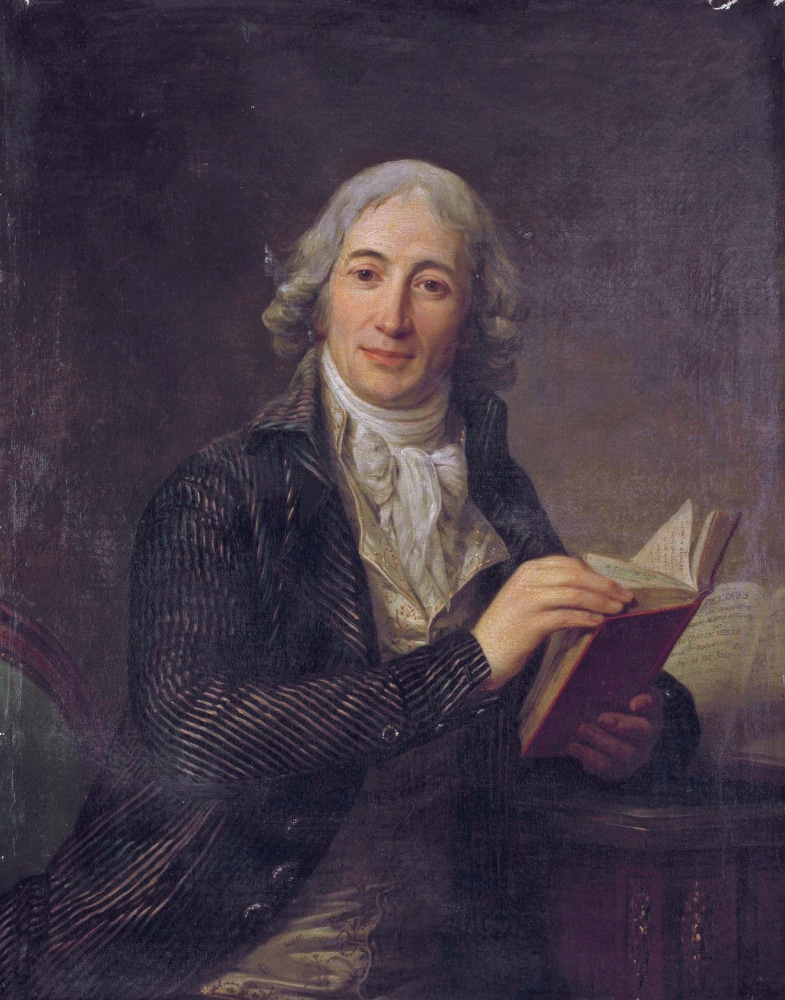 The conversion
of a former minister

Wanting to be sure of the powerful intercession of the Mother of God, Father Desgenettes asked for another sign: the conversion of a former minister of Louis XVI, a convinced Voltairian, Mr. Etienne de Joly. He was granted his wish in a few days. By this conversion, Mary signifies what she wants to be at Notre-Dame des Victoires, the Refuge of sinners, as it has been since the foundation of the church.

At the heart
of the dogma

Did the extraordinary extension throughout the world of the Marian prayer association founded by Father Desgenettes contribute to the definition of the dogma of the Immaculate Conception by Pius IX on December 8, 1854?
The Pope knew how ardently the faithful had prayed for him in the church of the Most Holy and Immaculate Heart of Mary, at the instigation of Hermann Cohen (founder of nocturnal adoration). He was not unaware that the first stone of the Parisian sanctuary was laid on December 8.

A year before the proclamation of the dogma, on July 9, 1853, the Pope had offered a new crown to the Virgin of Notre-Dame des Victoires. 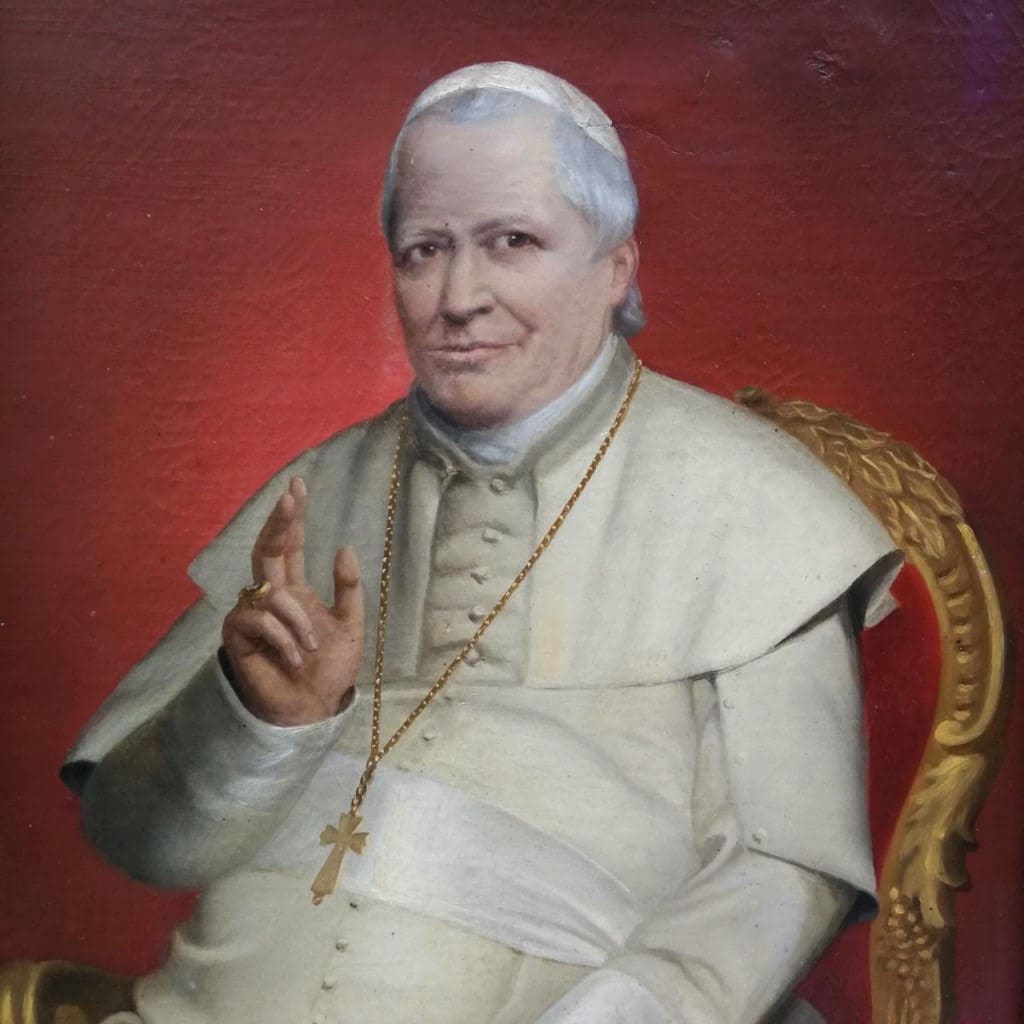